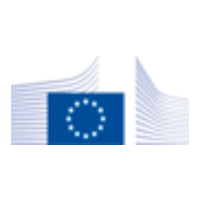 The Budget section in your project in Beneficiary module displays the project costs, broken down per cost item. It is from the Budget tab where you can consult the budget overview. This overview shows the comparison between the awarded and reported budget as per the currently provided information in the available project sections, such as Multiplier Events, Learning, Teaching and Training Activities or Project Results.

The Budget screen for KA220 projects consists of a single tab, displaying the budget totals calculated at project level, followed by a breakdown per cost item. For each budget item, you can view the Awarded Budget, the Reported Budget, and the share of the awarded grant used up to the current date (%Reported/Awarded).

You also have the option to compare Budget transfers in your project from the Budget screen, if applicable.

For a general description of the budget screen functionality, as well as more details about the awarded/reported budget, please see the page Budget in projects.

This page is relevant for:

In your project, click on Budget in the Content Menu. The Budget screen will open. You may have to use the scroll bar in your browser to access all information on screen.

The Budget screen is divided as follows:

All awarded and reported amounts displayed are read-only. For a general description of the budget screen functionality, as well as more details about the awarded/reported budget, please see the page Budget in projects .

On top of the budget screen, a Legend (1) is available, providing information on the specific colour coding of certain fields in the budget, related to the reported amounts and any budget transfers:

The button Show Budget Transfers (2) is available on top of the screen. Clicking on this button will display additional columns in the budget screen, allowing you to consult an overview of allowed budget transfers and the rules for these in your project. See below for details.

The first part of the screen includes the awarded budget and reported costs calculated at project level as well as the percentage (%) of Reported/Awarded budget. All amounts are read-only.

A breakdown of the project costs per budget item, such as Project Management and Implementation, Multiplier Events or Transnational Project Meetings, is available below the totals.

Learning, Teaching and Training Activities contains a breakdown per budgetary item, such as Travel, Exceptional Costs for Expensive Travel, Individual Support, and Linguistic Support in your project.

The amounts under Reported Budget in BM for all available budget items are calculated based on the information you provided in the various sections of the project, and cannot be modified here. If changes are required, make the updates in the relevant project sections.

Budget transfers are a budget flexibility mechanism available for KA220 cooperation partnership projects that allows unused funds from one budget item to be transferred and used in another budget item within the same project. For example, you have the option to transfer funds granted for Multiplier Events to Transnational Project Meetings.

There are several rules that need to be respected, as not all budget items can be combined for a budget transfer. Moreover, even if a specific budget transfer is possible, it does not mean that the entire amount can be transferred or accepted. The transfers follow several rules that govern the allowed minimum and maximum amounts that can be transferred between the budget items of your project.

To view the budget transfer details, click on the Show Budget Transfer button.

Additional columns display in the budget screen, allowing you to view the budget transfer rules and minimum/maximum values allowed for the various budget items within your project. The following columns become available:

You can click on the Hide Budget Transfers button to hide the columns.

The below matrix displays the allowed budget item combinations for budget transfers in KA220 projects.

The values are expressed as a percentage of the awarded budget sent by the NA project management system for each budget item and then converted to an amount in € for information.

The following table identifies the applicable percentages per budget item.

In this example, the total awarded for our project is 90.000€. All budget items have an awarded budget of 10.000€. We apply the above mentioned rules and calculate the corresponding minimum and maximum amounts in €. The following values in € would be displayed when viewing the Budget transfer columns in your project:

In columns Reported Budget and % Reported/Awarded certain values may be highlighted in green, orange or blue, allowing you to compare the reported budget in your project to the minimum and maximum amounts calculated according to the business rules for budget transfers and the awarded budget.

In column Reported Budget and % Reported/Awarded, the displayed values for Transnational Project Meeting and Project Results are highlighted:

Additionally, in the example below, the Exceptional costs reported exceeds the awarded budget for this budget item and is highlighted in orange.

In certain projects the awarded budget for one or more budget items may be zero. This situation can happen because the applicant organisation and its partners did not plan for it.

During the course of the project implementation, the need to perform tasks within the scope of these budget items, that have not been awarded, may arise. The project's success may even depend on the fact that those activities were carried out and for that to happen the necessary funds must be made available.

For example, funding for the budget item Transnational Project meetings, whose objective is the funding of meetings, aimed at the overall coordination and implementation of the project, was not part of the grant agreement.

The beneficiary decides to fund the budget item Transnational Project Meetings with 2.000€ from funds awarded to Project Results. Assuming that the budget transfer rules for Project Results are respected, the following will display in the budget screen: