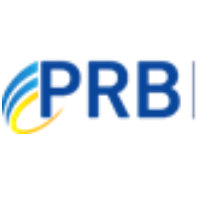 Regula Dettling-Ott is an attorney and aviation policy advisor. Since June 2017 she is chairperson of the Performance Review Body (PRB) of the Single European Sky.

Prior to working for Lufthansa, Regula Dettling-Ott managed International Relations & Government Affairs at Swiss International Air Lines. Before joining SWISS, she worked as an attorney for many years (partner in a Swiss law firm), specializing in air law including liability matters and accident investigations after major air disasters as well as regulatory matters such as traffic rights and airport regulations.

Estelle Malavolti has been professor at Ecole Nationale d’Aviation Civile since 2004, and is a researcher at the Toulouse School of Economics. She holds a PhD in Economics from the University of Toulouse (2002). She has several years of international experience and has received several merit-based grants from the French ministry, Finance and Consumption chair and an individual Marie Curie Research Fellowship. She is specialized in Industrial Organization, applied to air transport markets and competition policy

Ulrich Schulte-Strathaus was Secretary General of the Brussels-based Association of European Airlines from 2002-2012. As such he represented the interests of 36 leading European airlines. Before that he had been working in diverse senior management functions at Lufthansa German Airlines for twenty years.  He founded his own consultancy in 2012 and advises airlines and airports, as well as EU agencies on aviation-specific issues, ranging from state aid rules, regulatory affairs to change management processes and mentoring of senior executives.

In 2014 – 2016 CEO (in 2014 CFO) of Polish Air Navigation Services Agency, ANSP. Member of Supervisory Board of SESAR Deployment Manager.

Hans Ollongren was working over 40 years for SAS - Scandinavian Airlines, until his retirement in 2018. He had numerous positions within the airline, dealing with i.e. pricing, training, network planning and commercial functions. He has been based in Stockholm, Paris and Brussels. He was responsible for the European Affairs office of SAS from 1995-2001. He subsequently held positions as VP Government Affairs and SVP Corporate Communications and Public Affairs, as well as advisor to the President, positions which included responsibility for relations with government administrations, airports and ANSPs. He was member of the STAR Alliance Management Board.

Ben Van Houtte retired from the European Commission in 2018. He worked amongst others in the Competition department, where he was responsible for the air transport liberalization legislation, and in the Transport department, where he headed the “Single European Sky” unit from 2000 through 2007 and initiated the first SES package. Ben studied law and economics in Namur and Leuven (Belgium), obtained a Dr Iur degree in Köln (Germany), an LL.M. degree at Northwestern University (Chicago, USA), and was a Fellow at Harvard University’s Weatherhead Center. He worked as an attorney in Chicago and Brussels before joining the Commission in 1984.

From 01 November 2021, the new PRB Members have been appointed:

Cathy Mannion’s background is economic regulation as it applies to aviation and utilities. As the Irish Commissioner for Aviation Regulation, she set a price cap limiting Dublin Airport charges, dealt with upholding air passenger rights under EU 261 and the application of aspects of the Package Travel Directive. She was responsible for declaring the slot coordination parameters for Dublin Airport and licensing Irish based air carriers, groundhandlers, travel agents and tour operators. In recent years, Cathy was also the Irish National Supervisory Authority for the purposes of economic regulation of air navigation services under the Single European Sky Regulations. Previously, Cathy worked in the Commission for Regulation of Utilities and was responsible for developing and implementing policy for many aspects of the Irish energy markets including tariffs and the economic regulation of electricity and gas networks.

Denis Bouvier is a former high ranked officer from the French Air Force having a unique background as en-route controller but as well as air defence and air traffic controller. He has been involved in many operations within and outside the EU with the need to run close civil-military coordination. Apart from being a controller, he acted as: Supervisor of the operational room of a control and reporting centre; Head of the tower of control and deputy of Salon-de-Provence airfield; head of training and standardization of the Surveillance branch of the French AWACS air wing; officer in charge to conduct the operations of the “Charles de Gaulle” aircraft carrier. He acted as: head of European affairs of the French military aviation authority, notably involved in the work of the Single European Sky, including performance and the revision of the legal framework (SESII+), he acted as the military representative in the Single Sky Committee. After an appointment in the MoD strategic affairs he joined the European Defence Agency as SESAR officer and SES Policy Officer. Retired in 2019, he was a consultant charged with drafting the SESAR Common Project 1 and the SESAR Deployment Programme, as well as assessing the impact of U-Space on the military.

Joe Sultana, a graduate engineer started his aviation career as an air traffic controller in Malta. After eight years, he moved into management and by 1991 was the Head of Air Traffic Services in Malta and an Assistant Director of Civil Aviation. Joe joined EUROCONTROL in 1991 and retired after 29 years of service as a senior expert, Reduced Vertical Separation Minima (RVSM)  programme manager, Head of Division, Chief Operations Officer within the operational/technical structures of the Agency and between 2011 and 2019, as Director of the Agency and the SES Network Manager. Between 2019 and 2021 he has provided consultancy services to various organisations in Europe and South East Asia and Chairman of the Board of Malta Air Traffic Services.